The world's highest capital has opened the world's highest funicular at 3600 Meter above sea level (the second-highest funicular can be found above Saas Fee in Switzerland, the "Metro Alpin", at 3400 Meter above sea level). Recently, the funicular was handed over to the authorities. Official opening was in March 2003. The funicular connects the town with the Kusillo museum which belongs to the Quipus cultural centre, and this also contains a handicraft centre an a school for informatics and will later also feature a cafeteria. The cost of USD330'000 for the construction of the line was mainly paid by the government of Spain, but also by the local authorities, and the Quipus foundation had been engaged in the search of further sponsors. The line took four years to be built. The journey lasts (unfortunately, for the panoramic view from the car) only 45 seconds. At the top there is also a beautiful panoramic view of the town. The car is painted in blue and yellow. Manufacturer is the elevator firm Otis. Technical data: Length of line 48.3 meter, difference of height 27.4 meter, inclination 37.4 per cent, speed 1.2 meter per second, journey time 45 seconds, one car for 20 passengers or 1500 kg.

According to latest reports (March 2006), the hill started to glide, the supports were bent, and operation had to stop. It is now planned to find nearby a new, more stable place and build up the line there. 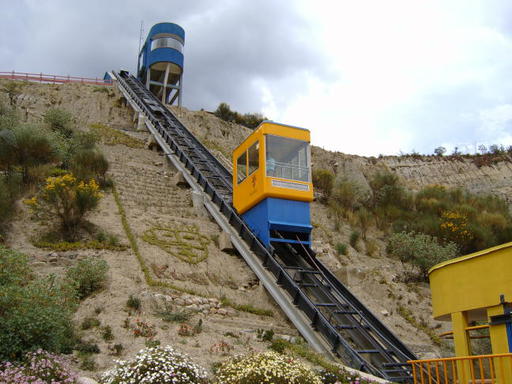 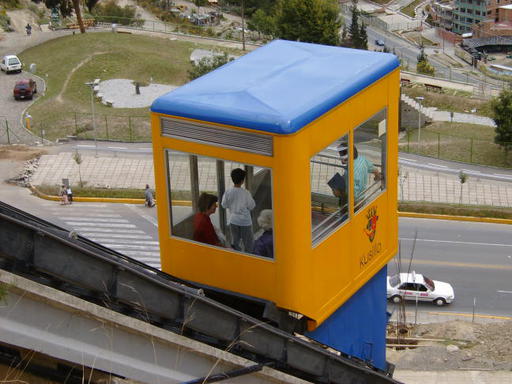 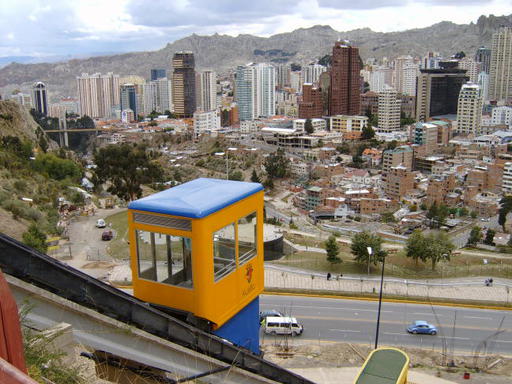