The history of two funiculars in Peru

From the capital of Peru, Lima, there used to be an Interurban to Barranco and Chorrillos (see Allen Morrisson's book "Latin America by Streetcar", Bonde Press, New York, 1999). The museum tram of the "Museo de la Electricidad" at Barranco uses today a short section of this line. Both suburbs are on a plain some meters above the beach. From there, there were funiculars to the beach. The line in Barranco was built by the German Rudolf Holting on land of his compatriot Domeyer, on the street of the same name and opened on 28th July 1896. It was driven by water counterweight and had probably a track with a passing loop. Both vehicles had space for 28 passengers. The line ran half-hourly, announced by the bell of Holting. After an accident it was closed and reopened in 1907. 1923 the Electricity Company took over, without electrifying it. It closed again in 1927. In 1930 the line was reopened with one track and and no passing point and a car of twice the capacity. Length was 100 Meter, height difference 60 Meter. The date of the definitive closure is unknown. Today still exists the upper station with the car on stilts. The track has disappeared. A local Art Gallery intended to rebuild it, but so far this has not taken place. New is a photograph from the Allen Morrison Collection. It dates from 25th April 1956.

The line in Chorrillos was probably driven by water counterweight. It went from a street which goes from the Malecón (promenade) in the direction of Lima to a bath house, about 100 meters from the Malecón into the opposite direction to a further bathing place. There was one track which could still be seen long after closure. The picture of the lower station shows two pulleys, and it is possible that the line had a passing loop. Rolling stock was built by John Stephenson of New York, USA. The line was mainly used by women and children and was not very prosperous. It was destroyed in the Chilean-Peruan war 1881 and the line closed. 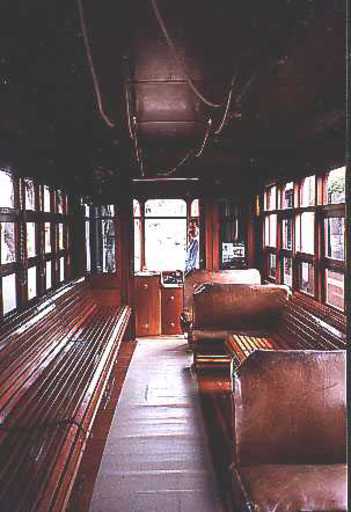 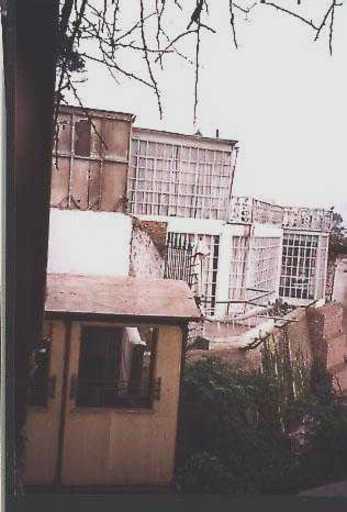 Barranco/Lima, funicular, view from the beach. 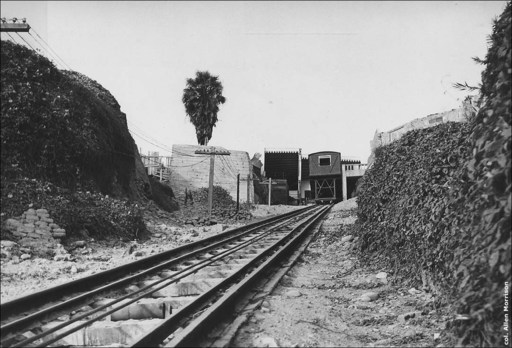 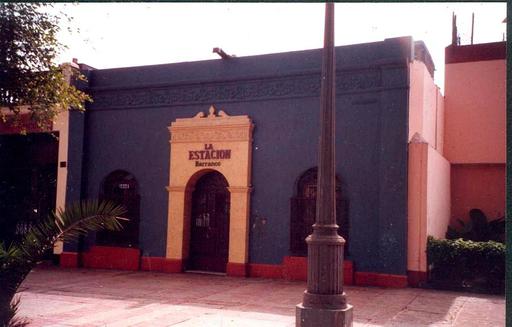 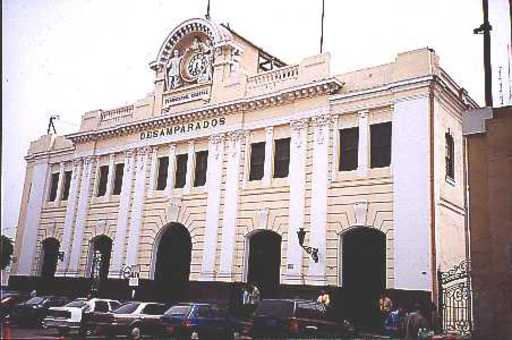 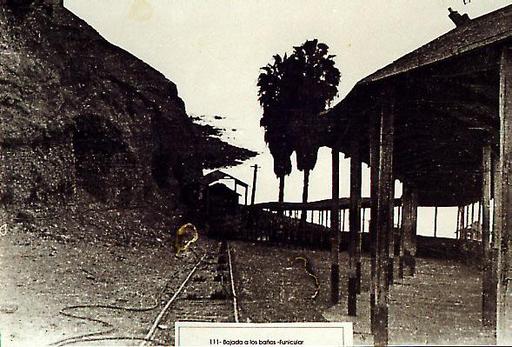 Chorrillos/Lima, funicular, view is above site of old top station. From the Machu Picchu railway station the former railway line to Quillabamba follows the river Urubamba for a further 11 kilometers through the virgin forest to its present terminal at km 122 where the EGEMSA, Empresa de la Generación Eléctrica de Machupicchu, power station is situated. From there a funicular leads uphill to the surge tank (the water reservoir is above Machu Picchu at km 107). The funicular has a length of about 310 Meter. The inclination is 80 per cent, the horizontal length thus 250 Meter, the height difference 200 Meter. The two-axle car offers on four wooden benches space for a total of 12 passengers and has no outside hand railing and no emergency brake. The line serves fo r the transport of staff and of materials to the surge tank. 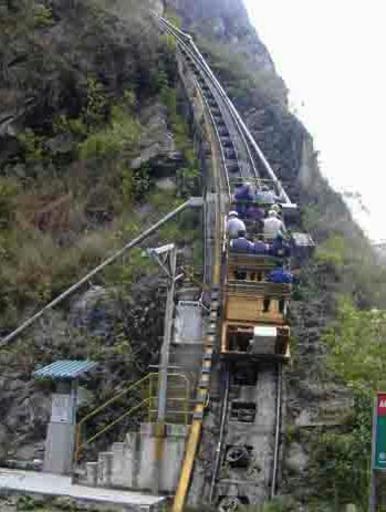 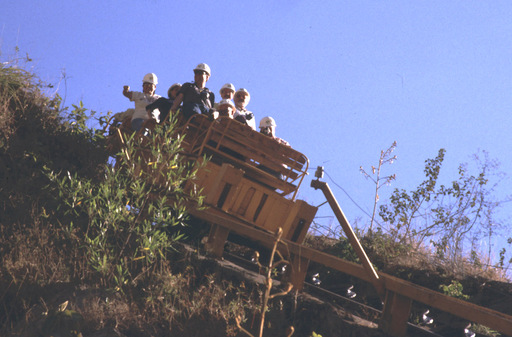